George, or “King George” as his foster-parent has affectionately nicknamed him -- due to his soft, silky coat and pretty, pink pawpads – is a regally handsome cat looking for his forever-castle. 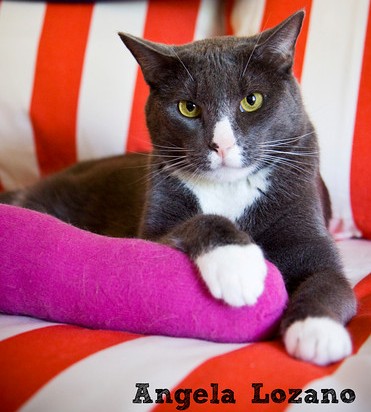 King George loves to watch birds, but may display the occasional royal fit in the form of chasing the castle’s hound. His dream is a forever-castle absent of canines. However, King George is very cordial and diplomatic with other felines. He seems to be of the opinion that “cats rule, dogs drool.”

As a communicative ruler, King George can be vocal, especially when he wants something. He decrees the need for attention by head-butting one’s hand and enjoys being groomed and brushed, though does not shed much. Though George is not what one would label a "lap cat," he will share his royal sofa and loves to be near his adoring subjects. When he tires of fawning attention in the form of head-rubs and ear-scratching, he simply removes himself from one’s presence.

King George, at four years of age, still adores catnip and toys with catnip inside of them. These items make a much appreciated royal offering. George occasionally displays his royal agility by jumping incredibly high and especially enjoys playing with teaser toys. He stands up on his back legs and grabs the toy and tries to run away with it – as ruler of the kingdom, it does belong to him, after all. 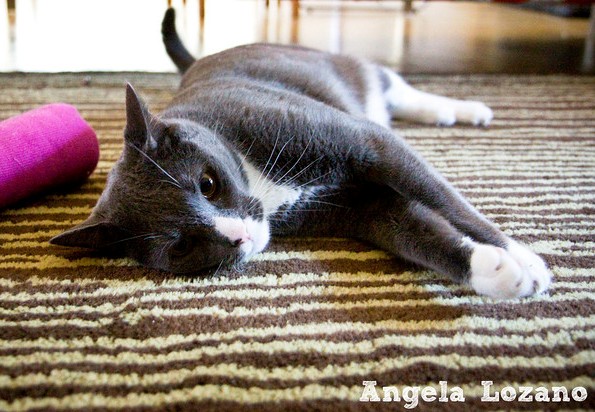 Overall George is a calm, low maintenance and beneficent cat. However, he may be too strict a ruler for young subjects. Prior to gracing Austin Pets Alive! with his presence in January of this year, George enjoyed spending time outdoors and was quite the hunter.

Check out regal George's new flyer. We’d love the help of distributing it to help him find a forever home!

Many thanks APA volunteers Jennifer Currie for writing this story, and Angela Lozano for photographing George.