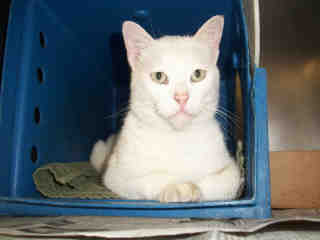 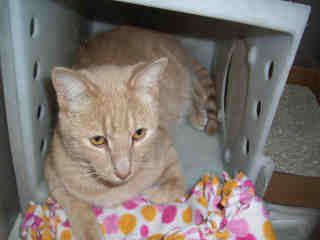 APA! has an adoption event this weekend for cats (we are limited to 1 per week due to lack of volunteers to "man" them) and believe it or not we are low on cats.  Our fosters are either unavailable or the kitties in their care are not ready yet.  So... we called TLAC to see if we could take any of their kitties out for a day of adoptions (especially any that had been in adoption for awhile but were not getting the public attention they deserve).

To their credit, they said "yes" and are working with us very hard to make it happen.  They are squeezing in some extra "workups" (ie combo testing) and allowing us to even return a few cats that we have pulled off the euthanasia list if they do not get adopted so they can be housed there until we find a foster (note: they will not be euthanized).

In the course of the conversation they brought up two wonderful "to die for" kitties that have FIV.  FIV has been a death sentence (meaning euthanasia) for many many cats but it doesn't have to be.  In fact, most cats that have the disease and are allowed to live out their lives, die WITH FIV rather than FROM FIV.  Because of it's close mental association with HIV (it is not contagious to people but it is a similar class of disease for felines), it has grown into a very dreaded problem.  Most animal shelters in the country automatically euthanize cats that are positive for FIV because they don't think that people will want to adopt a positive cat.

Well, that is where we going to go out on a limb.  These two cats are perfect in every way except for a positive test result that could very well mean nothing.  We are going to take these two beautiful cats out to the adoption site on Sunday and see what happens.  Of course, we will be armed with plenty of statistics and literature to discuss and educate people on the disease. I hope that someone finds it in their heart to adopt them.

Take a look at these boys and tell your friends about them.  They would make great couch buddies.  Also, check out these websites to learn more about FIV.   http://cats.about.com/cs/healthissues/a/fiv_in_cats.htm