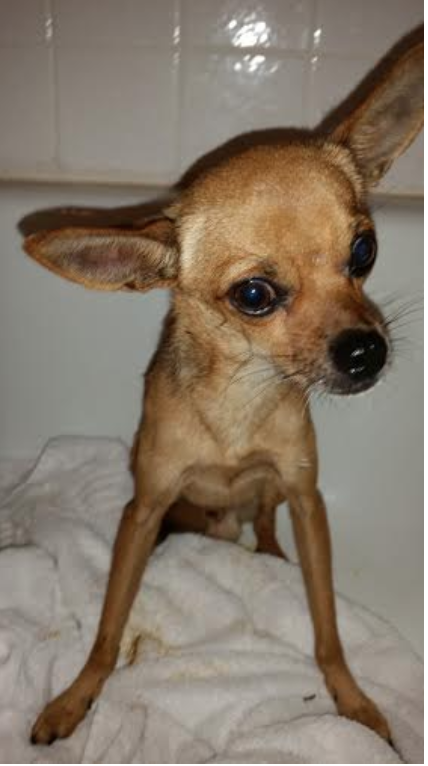 Tiny Theo Has A Hip Out Of Socket – FUND COMPLETE! THANK YOU!

Meet Little Theo! Poor Theo came to Austin Pets Alive as a medical intake on January 6th of this year.

Theo was showing neurological signs on intake. He could not walk, stand, or even see. His foster took him home and cared for him but his prognosis was very guarded.The vets were not sure he would ever be a normal dog or that he would even live.

Only six days later Theo was standing on his own and eating on his own! Over the course of the next month Theo made huge progress and he is now a mostly normal pup. He has a small head tilt but you would never guess he was in such terrible shape.

During this month it was noticed that Theo’s left hip was abnormal. After a consultation with a specialist, Theo was diagnosed with a luxated hip, or an out of socket hip). We know now that he was likely hit by a car or had a similar traumatic event.

Theo needs surgery to correct this! Can you help get this little guy to the next step and in a furever home?