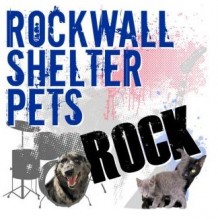 Austin Pets Alive’s pledge to turn Austin into a no-kill city – meaning that 90 percent or more of the animals in local shelters are adopted out, rather than euthanized – did not just save shelter cats and dogs in town. When Michael Kitkoski heard that Austin achieved no-kill status in March of 2011, he persuaded the shelter director in Rockwall to let him try replicating APA’s success.

Rockwall, a city east of Dallas, needed a push from someone like Michael to raise the city shelter’s dismal adoption rates. Although originally more than 50 percent of the animals at the shelter never left it, with Michael’s help, an average of 96 percent of stray dogs and cats in Rockwall now find new homes.

“It’s very easy to make a city no-kill,” Michael says. “You just have to set that as your goal.”

And that’s certainly what he has done. He and his wife, Pam, along with the nonprofit Rockwall Pets that formed out of their rescue efforts, have not just been successful in Rockwall. They’ve also helped a shelter in neighboring Royse City to achieve a 100 percent adoption rate last month and have turned to the bigger challenge of saving shelter animals in Dallas and Garland, another city near Dallas – which is proving trickier to do. But they aren’t giving up. 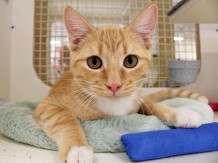 Last February was Michael’s first time to present at the American Pets Alive no-kill conference, where he spoke about his volunteer efforts in Rockwall. Next February, he will have much more to talk about after rescuing animals in other cities.

“I think we’re doing a lot of things that I don’t see a lot of other groups doing,” Michael says about Rockwall Pets. “We’re acting as shapeshifters when we go into different shelters. We started as shelter volunteers. Then we became a rescue group. Now we’re sort of acting as an advocacy group in Garland because of all the resistance there. We become what’s needed. I think basically it shows that there are many paths to no-kill.”

Sometimes, the path is rockier than others. While Dallas has been cooperative so far, Garland has not. Michael says that the day after Rockwall Pets volunteers say they’re going to rescue Garland’s shelter animals, they go to the city shelter and find the animals already dead.

The numbers aren’t easy to swallow: 1,079 dogs and cats were in the Garland shelter last month; of them, only 198 found homes – an 18 percent adoption rate. 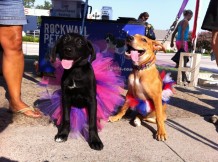 Dallas’ numbers are better, although because Dallas is such a large city, it’s taking longer there to reach what Rockwall and Royse City did in a matter of months.

After Michael heard about APA’s achievements and decided to swell the ranks of no-kill cities in Texas, he found the adoption rate in the Rockwall city shelter jumping to 86 percent by April of 2011. In August of that year, the Rockwall City Council voted unanimously to save a minimum of 90 percent of all shelter animals.

Although the Royse City shelter became no-kill in a much different way – it was through this rescue effort that Rockwall Pets was created – it ended in a similar fashion as Rockwall.

Michael says that the no-kill movement sweeping through North Texas has found such traction in large part because of APA.

“I think one reason we’re making inroads at such a rapid pace is because of what happened in Austin, and people recognize what no-kill means and they want their communities to go no kill. We have lots of support from the community,” Michael says. 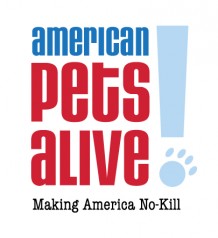