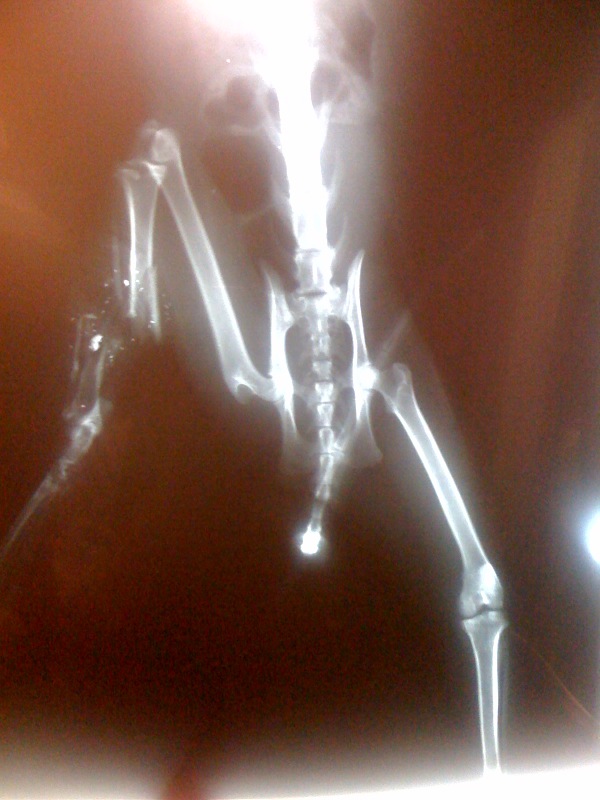 Update 5/5: Last Monday, Biggie had his leg removed. Unfortunately, the pin in his leg didn't work out. His foster reported that he's doing very well on his other three legs. We'll post more info when we get it! Thanks, everyone, for donating to help him get his surgeries!

Update 3/25: This is Biggie's x-ray. The bullet is still in his leg, which is badly broken. Luckily, the infection may not be as bad as the vet originally thought. Dr. Jefferson is going to operate on his leg today and will try to save it. His costs may be less than we originally thought, since we are not sending him to a specialist. We need donations to pay for this: We have raised about $220 for him so far and need to raise another $200. 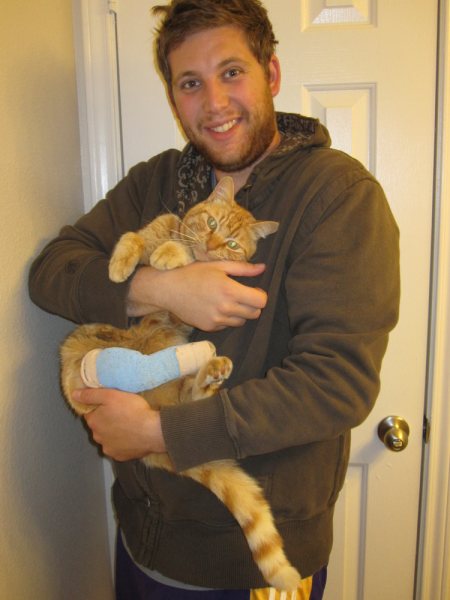 Biggie was left in the night drop-box at TLAC on Sunday with a gunshot wound in his leg.  The wound has been there so long that his leg is now necrotic.  He's going to be x-rayed today and we expect that he'll probably need to have it amputated.

His foster says that "he is the absolute sweetest, cuddliest, lovebug of a cat I've ever met. He can't put any weight on his back right leg, but somehow, he doesn't seem to notice that he's injured. He loves to be picked up, cuddled, petted, and brushed. He's also one of those cats who purrs super loud the instant you walk into the room."

We'll know more after he's been evaluated today, but expect his care to be costly (around $800-1,000 is the best guess right now), so we are raising donations for him. We'll update this page once we know more.