Buddy needs his bark back! 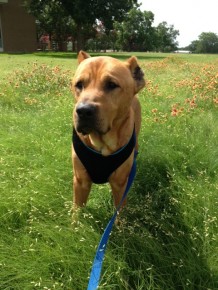 Buddy is a very distinguished gentleman! He is a 12 year old Shar-Pei mix who is just a big ball of love. He is

an older guy but still loves and lives like a young pup. Just look at how handsome he is!

When Buddy was rescued from euthanasia APA! found two large masses in him mouth. While he was under anesthesia for a routine neuter, he also had the masses removed. They were rather large and making it difficult for Buddy to eat, lick, and do regular things.

Unfortunately one of the masses has already returned and the vets would like to test it to see what kind of mass it is.

Buddy is such a fantastic dog. The chances of him being adopted into a loving home increase significantly when we can tell potential

adopters what the masses are. Even if they are malignant Buddy will likely be adopted with this important piece of information.

Senior dogs like Buddy tend to be overlooked for adoption so we need to get these medical pieces solved in order to increase their chances of finding their loving home. 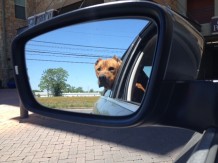