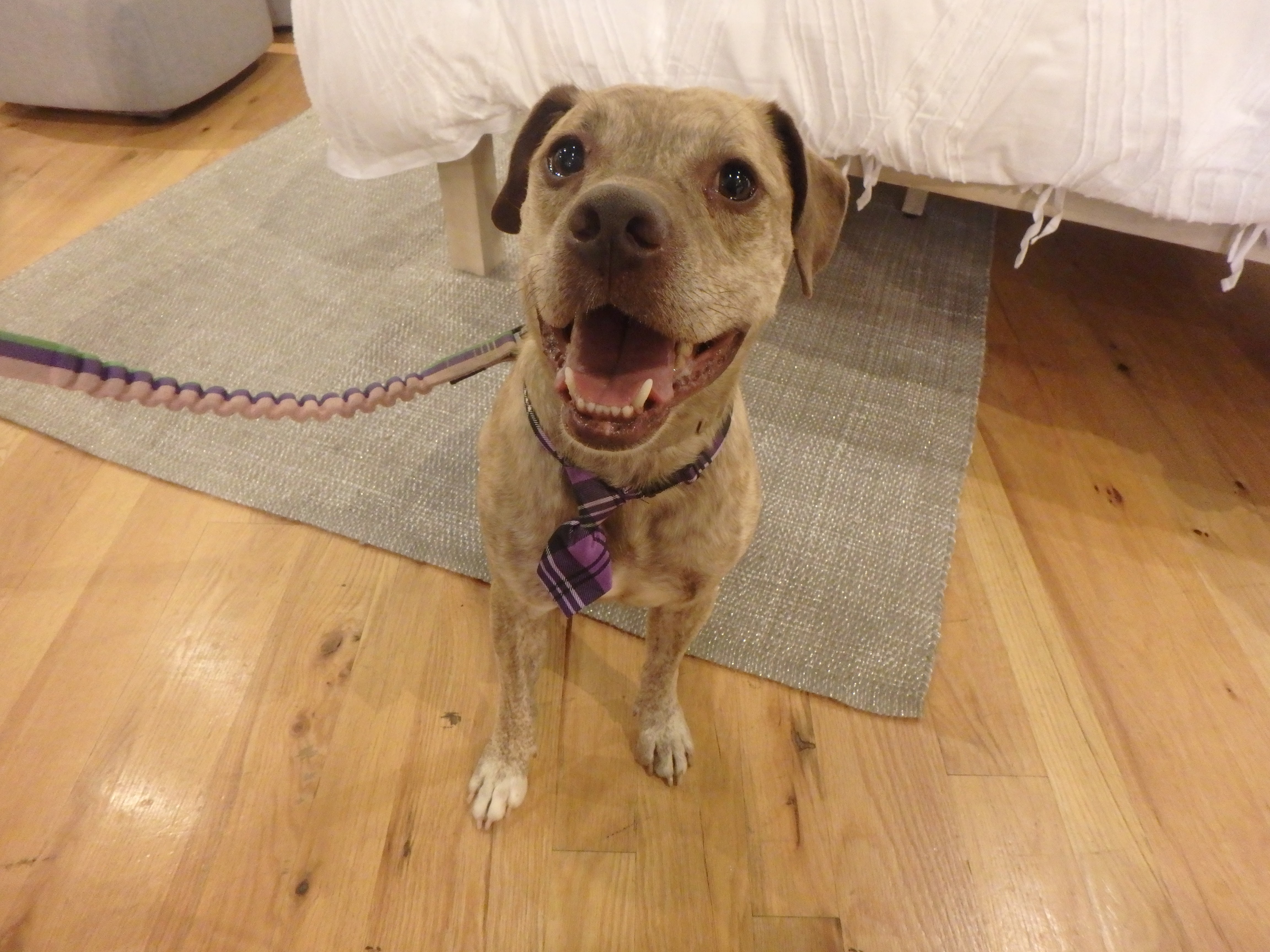 Are you in the market for a fashion-forward interior designer? A true artist who can make your house into a warm, inviting home? Well look no further than Spanky—Austin Pets Alive’s resident designer and architect. 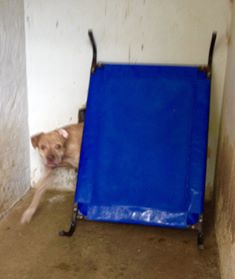 Though this curly-tail cutie may be small in stature, his artistic renderings are larger than life! When he’s feeling adventurous, he crouches under his dog bed, pounces as high as he can go and sends that thing flying until it hangs precariously from the above fencing.

And when he’s not taking any new clients for the time being, he uses his bed as a sliding door between his “foyer” and his behind-the- scenes workshop. Another one of his signature designs is what we call the “Zombie Apocalypse Bunker,” a most interesting configuration in which pushes his bed against the door to block out any monsters that might come his way. 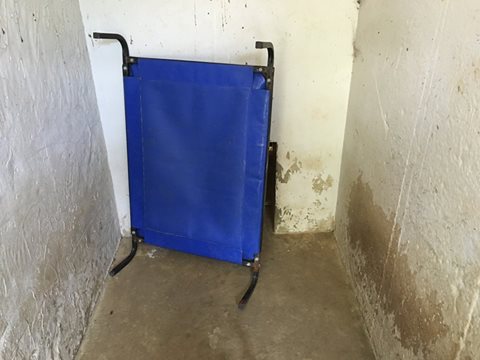 On any given day, we don’t know what to expect when we peer inside Spanky’s humble abode. One thing we do know for sure is that he’s always happy to see a friendly face! This little guy loves attention, so it’s only fitting that he’ll be appearing on an episode of HGTV’s House Hunters on Aug. 10! Considering his penchant for home décor, we couldn’t think of a more perfect dog to appear on this special episode of house-hunting Austinites. 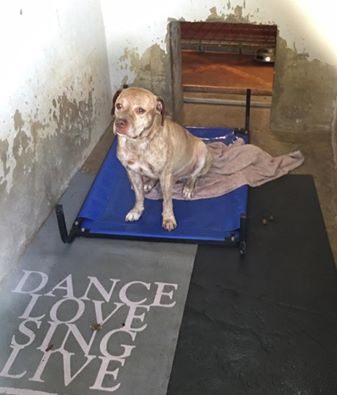 When the filmmakers came to APA, they needed a super cute, cuddly, affectionate shelter dog. So of course we immediately thought of Spanky. Not only is he a master at feng shui, he is also the sweetest, most loving lapdog you’ll ever meet. If you’re looking for a dog who will cuddle with you on the couch all day long, Spanky’s your man! He’s kind of a low-key guy, so he’s happy to sprawl out on the couch and watch back-to-back episodes of home-decorating shows all day long with his best buddy. 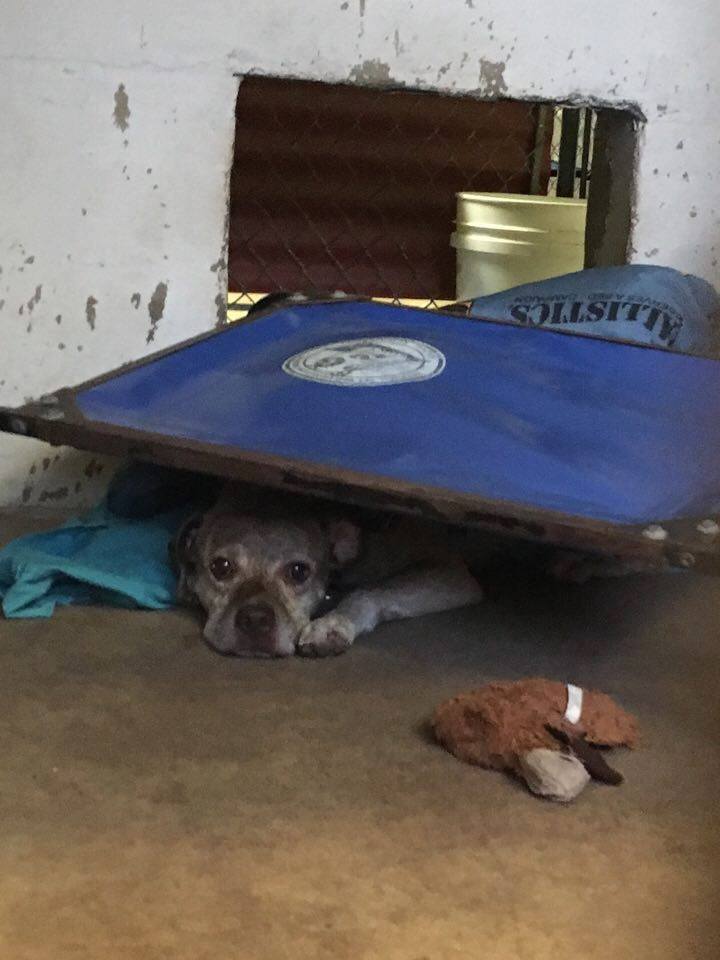 It’s surprising that this quirky little guy has been at the shelter for over a year. We’re hoping that his TV debut will catch the eye of that very special someone who will give him a forever home that he can redecorate until his heart’s content. Who knows—after the camera catches his larger-than-life personality, he might just get a show of his own!

Whether he’s showing off his signature designs on reality TV or lazing around all day on the couch, we want nothing but the best for this little guy when he finally leaves the shelter. He has captured the hearts of so many volunteers with his quirky good looks, his fashionable outfits, and his marathon cuddle sessions. Spanky is such a special boy and it is time for him to start living the fabulous life he so deserves!

Learn more about Spanky and watch his latest video.