First Bottle Baby of 2010 Gets Adopted!

It's rare to have kittens come to the shelter in the winter months, but Willow was no ordinary kitten. Willow, a beautiful "split face" tortie was everything her "tortitude" description implied. Tortoiseshell cats are named for their distinctive coloring – a combination of patches of black, brown, amber, red, cinnamon and chocolate. Torties also have distinct personality traits: strong-willed and feisty but very attached to their human and siblings.

Willow came to APA! in late December as a singleton, probably lost from her litter, and needed bottle feeding & frequent care. The foster parent who took Willow was the adopter of an APA! bottle baby from last year, Taz (now named Oliver), and those two hit it off like bandits! Having been separated from her own litter, Willow desperately needed a playmate, and Oliver fit the bill perfectly. They played hard together, and napped hard together, providing endless hours of entertainment for the entire household. Last weekend, Willow went to her forever home just outside of Dallas. Her new family drove to Austin to get her and were smitten (but who wouldn't be - her face is just so adorable!). 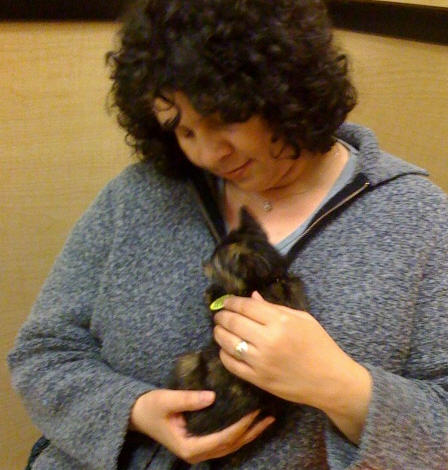 Willow's new family includes two other kittens her age, as well as a 10 year old boy. Have fun, little Willow!