Hopper was my first foster dog.

I picked him up on a Sunday at Town Lake Animal Center. My friend Shanna agreed to "co-foster" with me since we both travel for work and have dogs of our own. We'd been told Hopper was injured in a hit-and-run and that he needed hip surgery and would require foster care for up to 8 weeks.

When we got to TLAC, I don't know what I expected -- but this little bundle of energy and love took us both by surprise.

Before APA! got involved, Hopper had been lucky enough to be put in the adoption program at TLAC.  When they noticed he walked funny, they were able to get xrays to confirm a broken hip.   TLAC could not keep him in adoption because of the surgery he needed and the recovery time.  APA! and TLAC partnered to get him out without having to think of euthanasia as the answer.   Luckily, a simple surgery restored this year-old Labrador mix to his full glory. He'll always have a limp, but he's no longer in pain. His new mom and dad think his limp makes him special; I couldn't agree more.

My friend Jessica and her fiancé took Hopper home for a couple of days and decided he belonged with them forever. They officially adopted him on Dec. 28, just in time for this precious pup to ring in the new year with his new family (including a female mixed-breed that I'm told is adjusting well to his arrival).

Though I only cared for him for a few short weeks (Hopper's recovery was smooth, and Jessica and Paul are making sure he goes to his follow-up visits), this dog will always have a shoe-chewing, tennis ball-loving place in my heart. 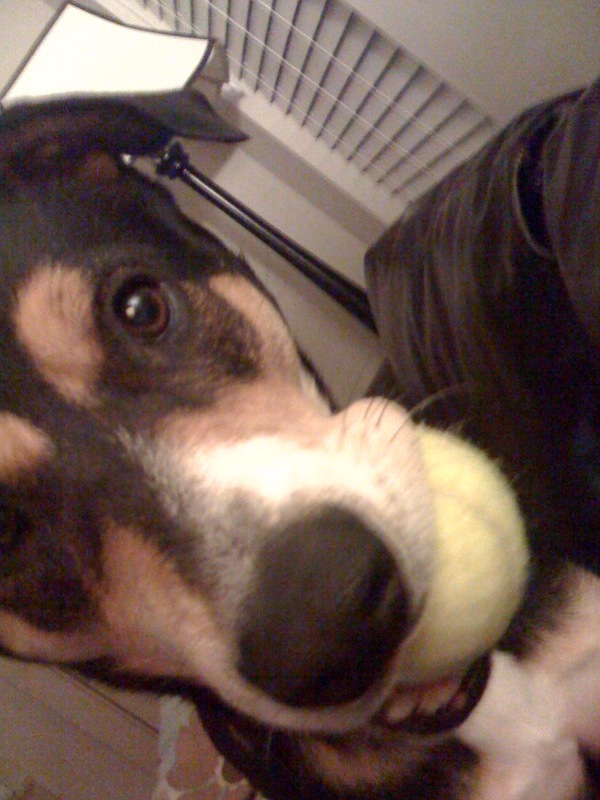 I knew fostering would be difficult; I quickly became attached to Hopper and was very particular about where he'd end up. (I even contemplated selling my condo and buying a home just so I could keep him with me.) In the end, I let him go. It hurt, but more importantly, it felt wonderful.

Hopper was my first foster dog. But he won't be my last.