Update 2/25/11 : Three of the "forever friends" pairs have been adopted together!
Big congrats and thank you's to the new families of Yoshi and Yukon, Spencer and Sahara, and Iggby and Iris.

Iggby and Iris are pictured together here with their new family: 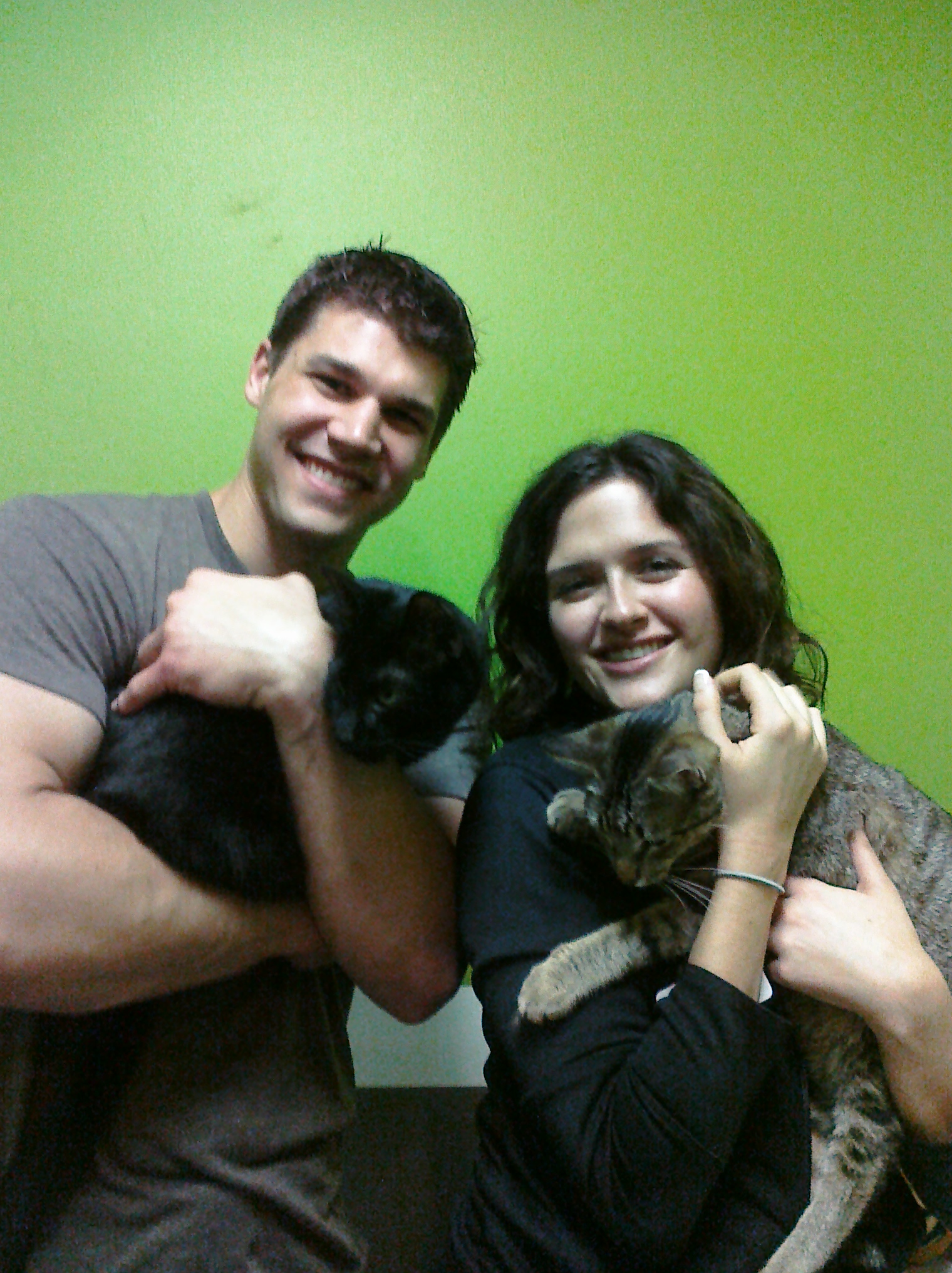 Cute antics come by the bucket-load every day at APA, but few things stop us in our tracks like the special bonds that sometimes form between pairs of cats.  Often these pairs are litter mates that have been together their entire lives, or cats that were taken into TLAC from the same home and have been each other’s constant through the changes in their lives.  Even more amazing are the unique friendships between adult cats who never met before coming to APA.

We want to honor these special bonds with our “Forever Friends” adoption fee discount on designated pairs of feline friends.  We're kicking this off during our All you need is LOVE adoption event. After all, the only thing better than adopting a cat is adopting TWO cats. Double the love!  Let us introduce you to our Forever Friends:

Spencer and Sahara were rescued with their litter mates when they were 10 days old. They were raised by APA’s Bottle Baby team and have been together ever since. True to the bottle baby creed, these girls love people! They have super fun personalities and enjoy cuddling and bathing each other. 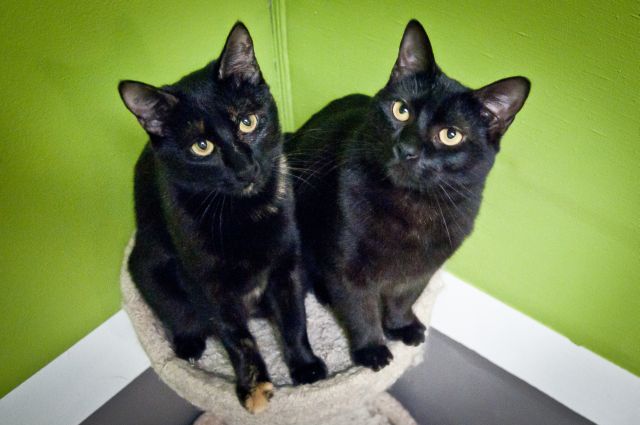 Learn more about Spencer and Sahara.

Ozzy and Judd look like big tough guys, but there’s much more to the story.  Ozzy has a habit of bathing the other cats around him, and initially Judd took exception to such displays of nurturing.  However, he rapidly grew to love it and even started bathing other cats.  When Ozzy and Judd wrestle, they look like sumo cats, but their big bodies are no match for their huge personalities!  We often wish for thought bubbles over their heads, because Ozzy and Judd appear to have entire conversations with their facial expressions. As we prepare to celebrate one year of Judd’s safety with APA on February 13th, we know the best gift we can find for him is a forever home with Ozzy.  Is that you?  Learn more about Ozzy and Judd, and don’t miss the video of Judd’s Pilates workout and of them playing together.

Evander and Nevada love to bathe each other and wrestle, and regularly seek out each other’s company.  They bonded during the time they lived together in the APA clinic, undergoing treatment for health concerns. Evander is the outgoing love bug who purrs and give hugs, and Nevada is the quiet, reserved type, which means this pair offers a kitty for every mood. 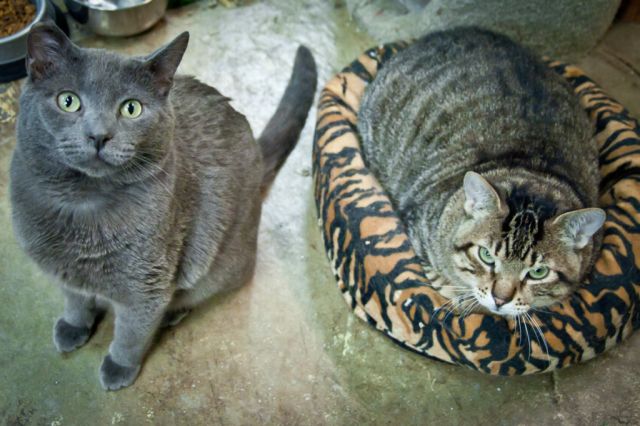 Learn more about Evander and Nevada.

Tilly and Luna are the perfect feline Yin and Yang.  Tilly is quiet and laid back, while Luna is very playful and rambunctious.  Together, they are the best of friends.  Check out their cuddles!  They lived together before they came to APA and will turn any house into a home. Learn more about Tilly and Luna.

Ginny and Aslan have enough personality for 10 cats.  They came from the same home, and their fondness for each other is obvious.  Though fully grown, they constantly play together like kittens.  They also like to bathe each other, leading to… more play time! Learn more about Ginny and Aslan.

Yukon and Yoshi were rescued as bottle babies, and they bear the affectionate, outgoing traits common to their upbringing.  These kitties are “cat-robats,” they love to jump and twist while playing together.  When they’re good and worn out, they cuddle up and nap in the same kitty bed. 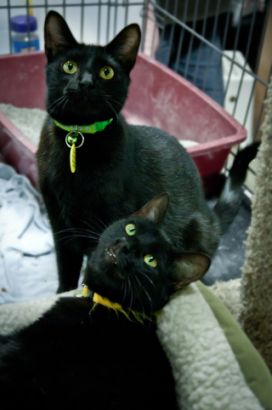 Learn more about Yukon and Yoshi.

Iris and Iggby have been friends their whole lives—they are siblings!  They were part of APA’s bottle baby program and are both very affectionate, well-adjusted kitties.  They love to cuddle, play together just generally look gorgeous together. Learn more about Iris and Iggby.

The Forever Friends adoption fee is name your own price, with a minimum of $25 for the pair.  It is valid only for designated Forever Friends cats, and these pairs must be adopted together.

For more information on adopting a cat, e-mail [email protected] or visit http://www.austinpetsalive.org/adopt/how-to-adopt-a-cat/