From a dumpster to the nursery - the Bottle Baby "A8" Litter 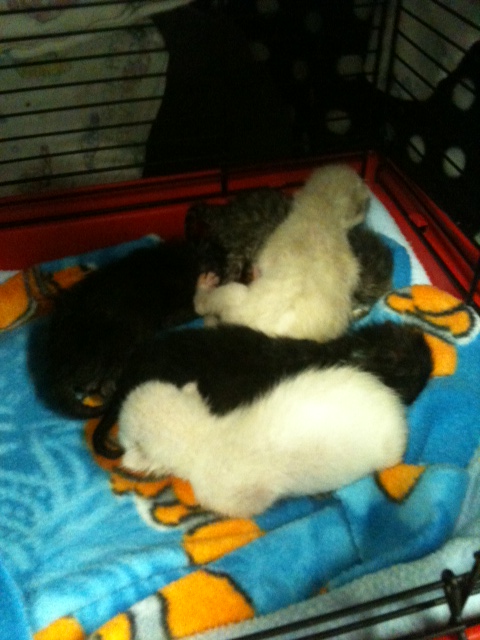 This litter has an incredible story, one that's almost made for the movies.

A man working at an HEB Grocery store in Austin was putting trash in the store dumpster when he heard something suspicious. Upon closer insepction, he saw a litter of day-old kittens nursing on their momma. Just as he made this discovery, the trash company pulled up to empty the dumpter's contents. The man insisted that he needed to rescue the kittens and mom from the dumpster before the trash was emptied. As he was carefully removing the kittens, it was then that he discovered the mom cat was dead from unknown causes. Still, he took the kittens home to try and save them.

This Good Samaritan spent the next couple of days trying to feed the kittens on his own... all 8 of them. A difficult task for even trained APA! Nursery volunteers, he quickly realized he needed help and surrendered the kittens to the shelter. It was then that we took the kittens into the APA! Nursery to help them survive. 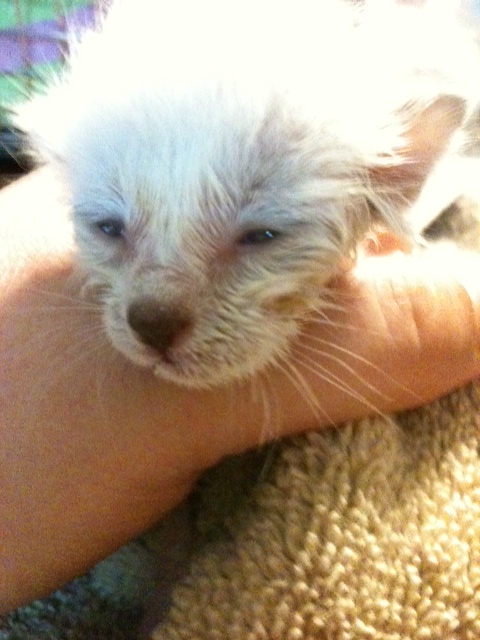 As of now, only three kittens remain, and our volunteers are continuing to work hard to care for them and get them as healthy and stable as possible. This litter represents the eighth time we've started naming kittens according to the alphabet... this is a procedure we started in the Nursery in 2010 to keep track of names and the number of kittens we've rescued.

We cannot do this type of rescue work without formula and medical supplies. We are accepting donations on behalf of these beautiful babies, whose eyes are just now starting to open.

You can donate through our website, or simply drop off donations at any adoption location.