Seth was adopted in February by an APA! volunteer, here's an update on how he and his knees are doing: 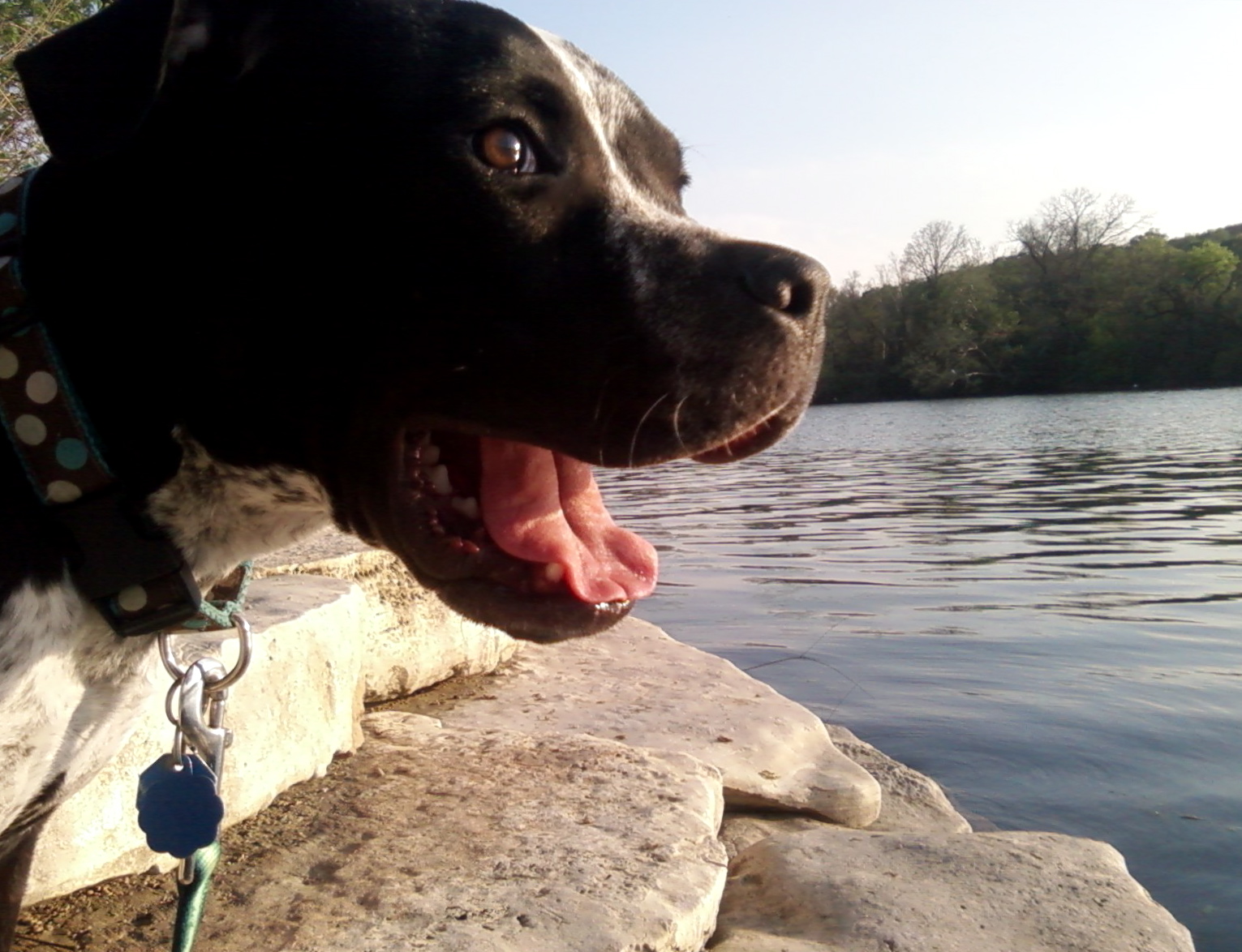 Seth aka "Mr. Big Head" is now 8 months old and the happiest dog on the planet. His tail never seems to stop wagging and his tongue never stops licking people. He looks like a new dog having gained 5 pounds and gotten taller.  Since his adoption he has been enjoying his own backyard, lots of "walkies" and way too many toys. He loves Town Lake and this weekend went to The Natural Gardener and saw his first donkeys, chickens and goats and was a perfect gentleman-puppy.  He is responding to clicker training and just like any proud mom, I think he is a smart boy. 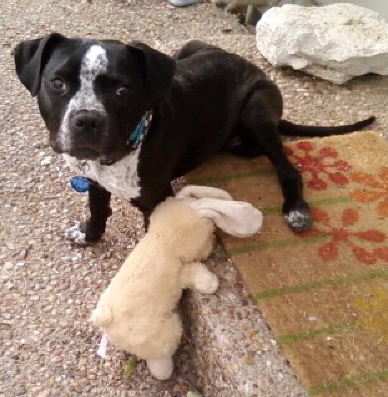 Seth went to the orthopedic vet to check his knee caps. We'll wait one more month for his growth plates to close then he'll get a recheck to see if they are still slipping. The Dr. cut back on his pain medication and there is no change in his behavior...as I watch him run around the backyard with his favorite stuffed bunny in his mouth.

I've taken Seth to several adoption events at SOCO and he is a rock star! People recognize him from the blog and can't believe how wonderful he looks.  His large head, big tongue and goofy nature are irresistible and wherever we go people want to pet him and know what breed he is. This gives me a chance to talk about APA! and I get thanked (by complete strangers) all the time for adopting a rescued dog. 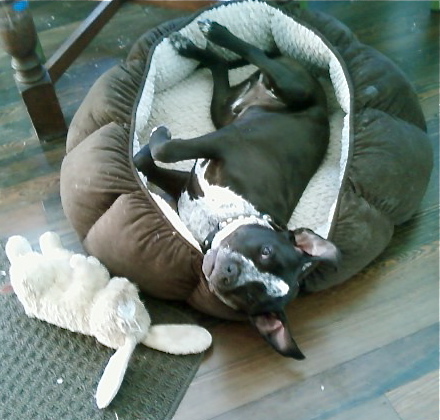 A little bit of happy goes a long way for a shelter dog, a lot of happy is transformational!