September 7, 2015 (Austin, TX)­​ Two chihuahua puppies were found in a dumpster on Wednesday and have been taken into the care of Austin Pets Alive!. 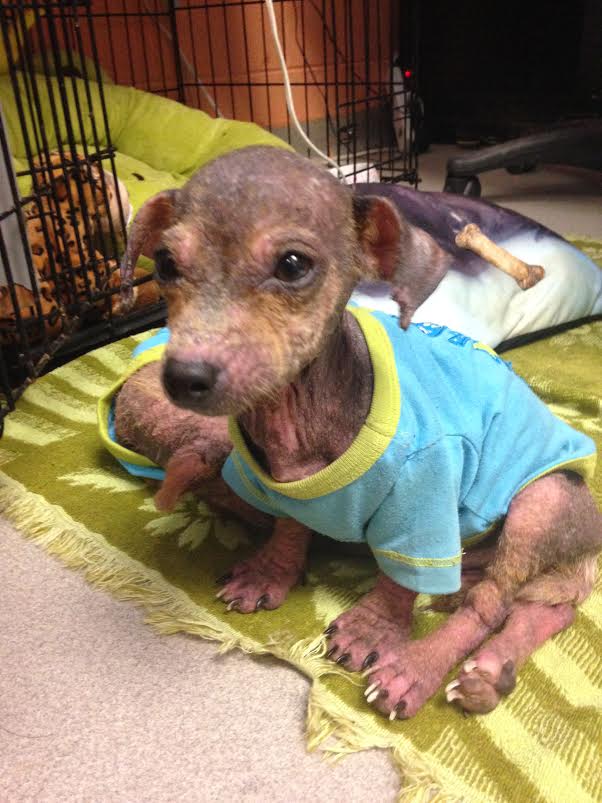 An apartment complex resident in Austin was taking out their trash Wednesday afternoon when they heard barking in the area. The resident was shocked to find two mange covered chihuahua puppies in a trash bag in the dumpster and called the Austin Police Department. 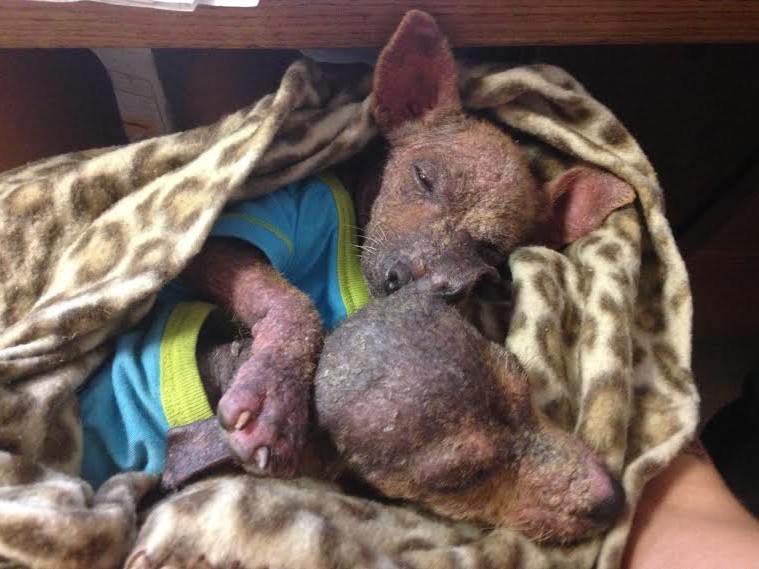 After initially being taken in by the City of Austin, the pups were transferred into the care of Austin Pets Alive!. The puppies have been named Ron and Hermione and were quickly entered into APA!’s extensive foster program where they will be cared for until they are cleared for adoption.

“They have severe demodex mange but otherwise they are seemingly healthy,” stated Faith Wright, ​Animal Care Programs Director for Austin Pets Alive!.​“They have solid stool, eat and drink great, play, and they have already mastered the doggy door in their foster home. They are perfect in every way and are loved by all the staff and volunteers at APA!.”

Liza, an 8 year old pointer/lab mix, was found after suffering a gunshot wound to the right front leg and left for dead. The good samaritan who found her brought her to Austin Animal Center where she was triaged.

Austin Pets Alive!, is taking in Liza to treat her for her injuries and place her for adoption. 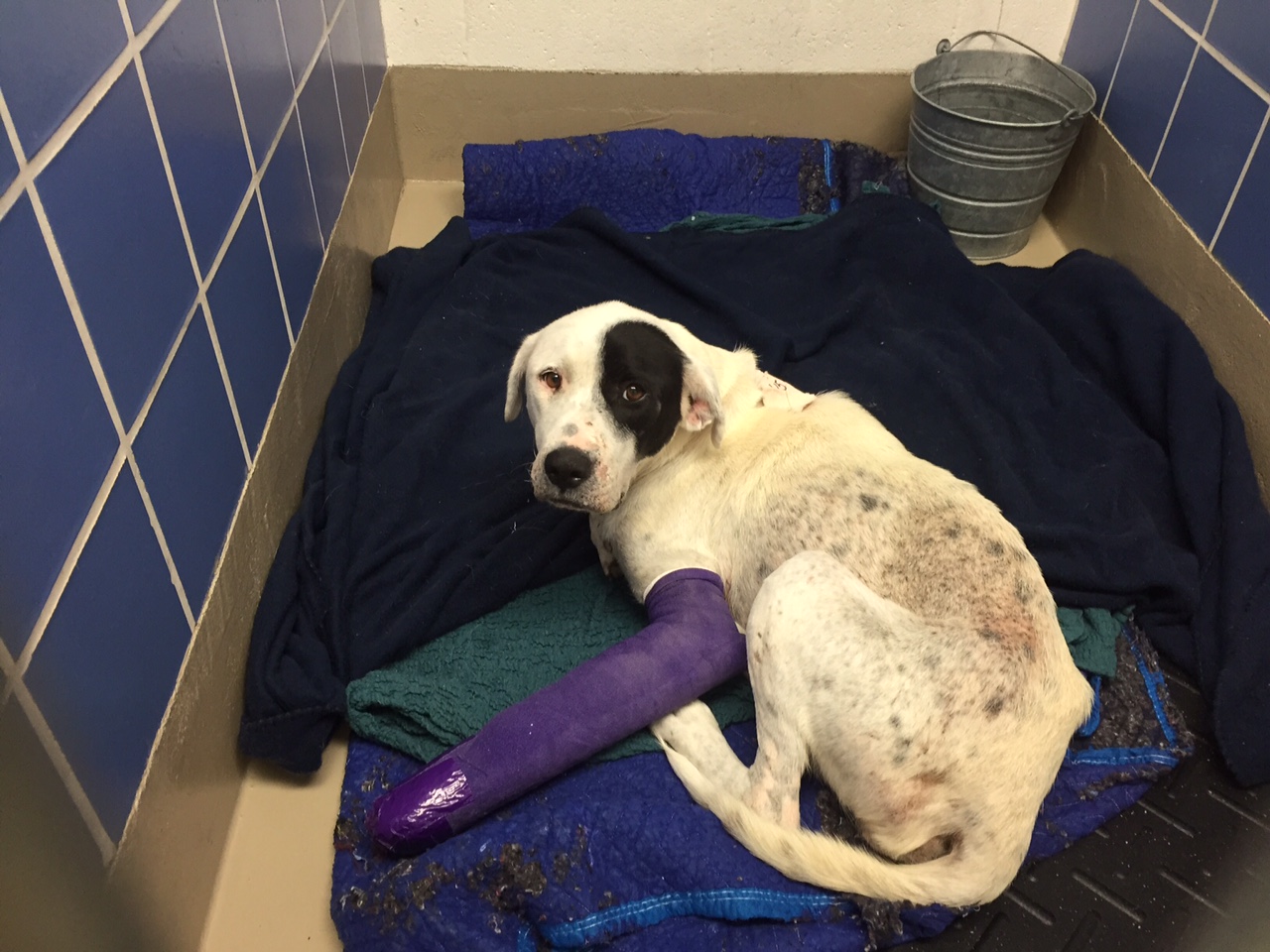 Dr. Ellen Jefferson, Executive Director and lead Veterinarian stated, "Liza is warm and sweet. She is recovering from extreme emaciation from possibly not eating for days and laying with an open wound before being brought in for care. She has an uphill battle to fight in order to possibly keep her leg. Even if the leg needs to be amputated, we believe she will live a long happy life after so much suffering.”

Austin Pets Alive! believes surgery will cost $1,000­-$2,000 and is seeking help in funding the surgery. APA! is also seeking a foster for the duration of Liza’s care.

These two stories are just a small example of the many dogs that Austin Pets Alive! has saved. Already in 2015, more than 2,100 dogs have been adopted from APA!.

To donate to the care of Hermione and Ron, please visit:

To donate to the care of Liza to help her heal through her gunshot wound, please visit:

If you have any information regarding either of these situations, please contact the Travis County Sheriff’s Office, Animal Cruelty Unit at 512­-974-­0845.