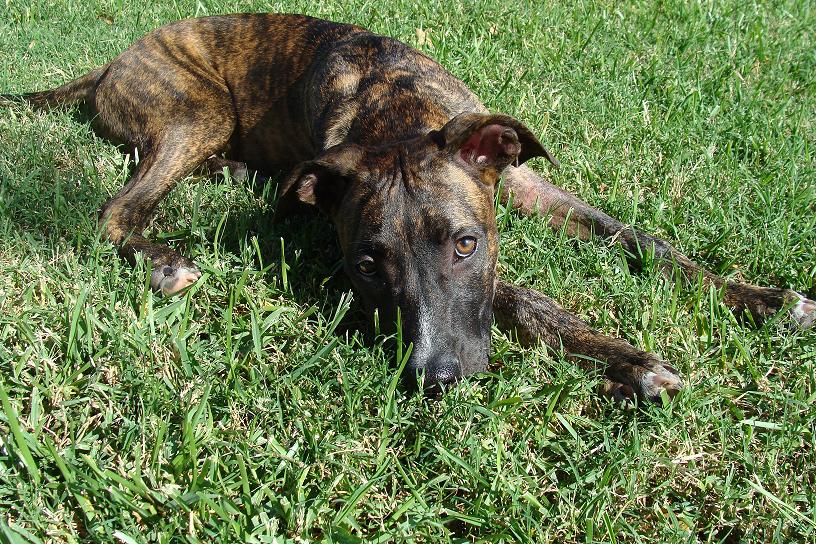 We've got lots of good news on Teddy this week.

For one, he's found a family! And it turns out he found his forever family the day he came to APA! His foster decided she could not resist his charm.  Out of the 40 or so dogs she has fostered over the years, Teddy is the only one she has decided to make a permanent spot in her home for. Congratulations to them both for finding the perfect match.

From the Foster/Adopter:  I'd love to say that we have a special, unique bond, but to be honest, he bonds with everyone like he does with me. Everyone who meets him falls in love with him - even non-dog people!

Teddy is now going by Tucker, (although, he won't mind at all if people still want to call him Teddy).

Secondly, his casts are off! He had them removed early this morning and he is doing GREAT! He gets around very well.  He has 3 weeks of no casts, but super low activity. Which will be a little harder because the casts were helping in slowing him down.  According to his foster he loves everybody - adults, kids, dogs, cats, horses, donkeys...is super laid back for a 5 month old puppy and  is in the process of learning to be house trained and he sleeps through the night very well now.

When we think about how far Teddy has come in such a short time,  it's almost unbelievable. We can't thank everyone who helped enough!