Your dogs and cats mean the world to you, so they deserve to have their stories told. Here are just a few quick stories about the animals you've taken into your hearts...

According to mom, Levi is a "sweet, playful, mischievous, adorable, loving mess." He came to APA! with parvovirus and a serious jugular infection by way of owner surrender. After intensive treatment in the APA! Parvo ICU and medical triage clinic, Levi got another shot at showing the world his playful side.

Georgia's mom is a self-proclaimed "foster failure." Georgia was in medical foster for a dental condition known as stomatitis- a condition that could easily mean euthanasia for many animals. APA! took Georgia in and found her a foster mom, who says "she picked [her] as her human that first night... she is the cat I wanted my whole life...[and] I can't fathom life without her in it."

A parvovirus survivor, Belle, found mom when she was no bigger than 2.5 pounds. Neither parvo nor ringworm kept little Belle from catching mom's eye and now mom "cannot imagine [her] life without [her]."

Mattie was born with his back legs fused straight. After living with a loving  APA! foster mom for almost one year, his forever mom found him online and made the trek to Texas to pick him up. According to her, his mobility issue doesn't slow him down at all. He will "explore outdoors and chase ping pong balls just like other cats."

Another parvovirus and ringworm stricken puppy, Sadie overcame everything life threw at her and is now a mom-proclaimed "ray of sunshine." Sadie now enjoys life at home with mom and her loving APA! alumni brother, Bentley.

Ben was a miraculous survivor of the very serious and untreatable disease, distemper. APA! managed his symptoms and he pushed through to full recovery. He is now a "happy-go-lucky guy" that is the first to give puppy kisses. 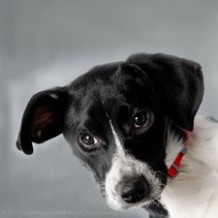 Once unable to fully close her eyes, Vera needed a special surgery to keep her from living in pain. Two surgeries later, Vera was chipper and no longer prone to infections and pain. Now she is a happy, playful cat in her forever home. 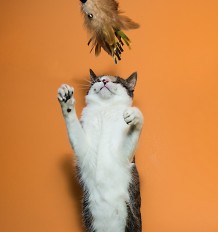 The smallest of a litter of 12, Daisy overcame parvovirus and mange during her stay at APA!. Mom exclaims, "If APA! hadn't saved her and treated her, I wouldn't have my precious angel today."

Fig contracted the perfectly treatable fungus akin to athlete's foot (ringworm) and was placed on the at-risk list. She was pulled from the list and treated at APA! to shortly thereafter "pick" her new forever mom who "cannot picture [her] life without [her] little Figgy." 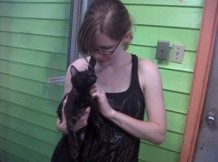 Also known as Jack Jack or Jack Attack, this gorgeous guy survived the Bastrop fires in 2011. Now a "loving, loyal and silly guy" in his forever home, Jack looks forward to belly rubs and plenty of cuddle time with a mom that is "thankful for...[him] every single day."

Have a love story you would like to share? Send it to [email protected]! And don't forget to celebrate how much you love your rescue pet this June during Love Your Rescue Pet Day!